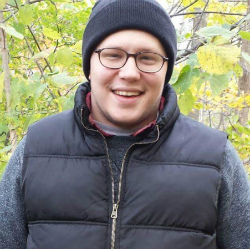 Our most vulnerable populations need an advocate and, each day, Jason Free dutifully steps into that role. As a patient outreach coordinator for a community health center in Kenosha, Wisconsin, Jason has seen the terrible effects of funding shortages on his patients. There simply aren’t enough health providers to help those suffering from mental illness. It becomes even more challenging when his patients have public insurance or are uninsured. After experiencing suicides, homicides, and endless tragedies within his own patient load, Jason was determined to find a solution. He worked with county agencies and medical officials to create long-term plans, dubbed the Grow Your Own Prescriber program, to bring additional behavioral health providers into the region. Jason is making an impact in southeastern Wisconsin, and the program could be replicated to help those suffering from mental illness across the country.

His passion for advocacy continues in the corrections system. Jason believes the American corrections system promotes a cycle of incarceration in the most vulnerable populations. However, with the right assistance, those who are incarcerated can become a success, rather than a time-bomb awaiting re-arrest. As a result, Jason has proposed reform at the federal, state, and local levels that would provide inmates with training and education to better equip them for a successful life.

The Hawkinson Scholarship will not only allow Jason to continue his quest for helping underserved populations, but it will also grant him the ability to further his education so he can continue helping people in need. Upon completion of his master’s degree in counseling psychology, he will complete his Licensed Professional Counselor in Training licensure (LPC-IT) and M.S. in Nursing to become a dual-licensed professional.