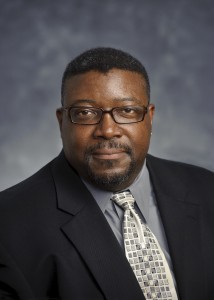 “Everyone wants a legacy and this award from the Hawkinson Foundation has built the first rung on that legacy. For that, I thank you.” — Dave Ellis

2016 Honorary Award recipient Dave Ellis has tirelessly devoted his life to diversity, equity, and inclusion. “The path of social justice chose me. My life has been filled with ‘firsts,’” Dave said. He was the first person of color to be hired straight of out college by Dow Chemical Company in the Minneapolis region.

Dave was also the first person of color to serve as full-time Affirmative Action Officer at the Minnesota Department of Corrections, and established the first Department of Diversity and Inclusion at the MN Department of Public Safety. “I want to help people understand that all the doors will open if you just knock,” he said. “If you don’t knock, no one will know you are there.”

Now, as owner and principal consultant at Dave Ellis Consulting, LLC, he conducts training on Worldview Intelligence, historic and generational trauma, equity, and inclusion. He also helps governmental and nonprofit agencies with strategic planning and community engagement. Dave is a Certified Master Trainer on the impact of trauma in children, and helps address trauma- and stress-induced health issues among African American men and boys.

He is a Global Steward of the Art of Hosting and Harvesting Conversations That Matter, has served as consulting producer on two tpt MN documentaries, and has directed the implementation of the Racial Disparity Initiative and the Statewide Racial Profiling Study at the Minnesota Council on Crime and Justice. Additionally, Dave is active within the Racial Equity Action Support Network (REASN), and has helped create several videos that discuss how mental models impact the construct of our core values and our interaction with others in our community.

Dave’s peaceful presence and his ability to bring hope and harmony amidst chaos is instrumental in helping shape community views about social justice issues. He creates a dialogue that restores humanity and compassion to societal relationships. Dave inspires people who have been in dramatic situations to show their strength. “I help them enter into a conversation and feel safe enough that they can be vulnerable. Then I encourage the audience to accept that vulnerability and embrace them.” This work was especially important after the Philando Castile shooting gripped the state and the nation. Here at home, Davis worked with Rep. Rena Moran and the Hmong community to facilitate an important and sensitive dialogue with the community to address social concerns.

“Dave Ellis is a peaceful presence in our midst. When there are tragedies affecting our community, mayors, legislators, police officers and community members concerned about inequities, discrimination and injustice know to call Mr. Ellis to bring his ‘gentle giant’ calming presence.” — Antonia Wilcoxon, Honorary Award nominator